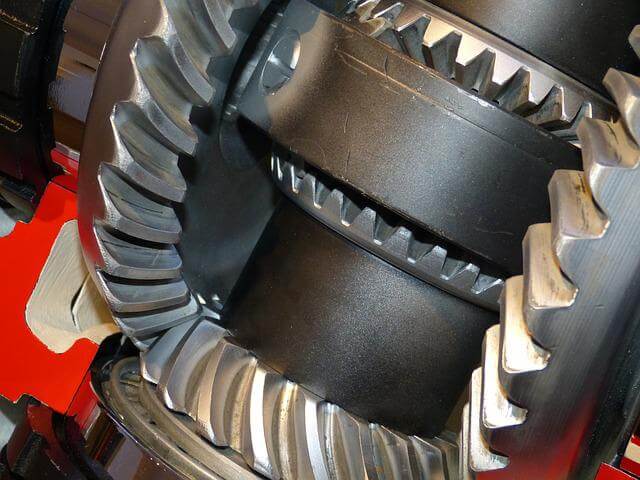 Are you experiencing the Ford F150 rear end vibration issue when turning, then it’s probably due to a worn-out clutch pack due to dry run or improper maintenance of the differential like maintaining insufficient gear oil or use of incorrect grade of gear oil.

The clutch pack replacement is a bit tedious task. You would need to have proper tools and fixtures to remove the carrier assembly.

Care to be taken to re-assemble the whole thing as it is in original condition, otherwise, you may end up making the vibration issue worst.

If you are a DIY kinda guy and thinking of replacing the differential clutch packs on your own, then you shall honestly follow the procedures mentioned below to prevent the assembly from going wrong.

The Ford F150 Differential Clutch Pack Replacement Cost ranges from $1000 to $ 1700 for labor, depending upon the vehicle age and condition and the dealer or mechanic location and the clutch pack would cost around $150 to $200.

Apart from the clutch pack replacement cost, here you will get to know the steps and procedures to replace the differential clutch pack and other alternative solutions to fix the problem.

It is important to understand the differential clutch pack symptoms before replacing the clutch packs to avoid the wrong diagnosis and countermeasures.

Once you are sure that it is the clutch pack that is the culprit, then go ahead with replacing one.

Below are the steps to be followed to replace the clutch packs in Ford F150.

Lift the vehicle and raise the wheel and remove the rear tire.

Once you take the calipers and rotors off, hang and tie them to the suspension springs.

Some of the bolts have two-sided studs to mount the wiring harness, you would need to put it back at the same location so make note of it.

You would need to pull out the carrier assembly to replace the differential clutch packs, since the spider gears and side gears are tightly packed units with wave washers.

It is impossible to reach the clutch packs without removing the carrier assembly.

Now it’s time to remove the differential pin connecting the spider gears, just simply tap the pin on one side, so that it would come out from the other side.

Now you can remove the axle by just pushing it in and pulling out the C-lock. You may need a magnet to take away the C-lock.

Once you pull out C-lock, you need to pull the drive axle outwards to dismantle it.

You would not completely remove the differential pin, while you pull out the C-lock to prevent the side gears may falling off.

Once both side axles are removed, you can pull out the carrier assembly.

The carrier assembly would have shims on both right and left ends, ensure that the shims are not mixed up or exchanged, otherwise you would make things worse.

Take the carrier to a neat place and rest it on the floor.

Before you remove the carrier packs just mark them so that they can be reinstated to their original orientation after replacing the clutch packs.

Ensure that there are no metal particles in the differential housing. If it is there then clean it off.

Since the whole clutch assembly is fully packed and tightened with a wave washer, it is a kinda compressed assembly.

To dismantle the carrier, you need to mount the carrier assembly with the drive shaft on a vice.

Hold the drive shaft firmly on the vice, so that end of the side gear won’t rotate.

Now keep a wrench into the differential pinhole and rotate the ring gear to remove the spring force from the assembly, this would turn the spider gears and the clutch packs will fall apart.

Now you can replace the clutch packs consisting of a series of clutch plates and friction discs.

Make sure that you apply a friction modifier in between the clutch and friction plates to ensure limited slip.

Once the clutch pack is replaced, it is time to reinstate the carrier assembly to its original assembled condition.

Assemble the carrier assembly with the drive shaft hold firmly on a vice.

The technicians usually have a spacer arrangement to keep the side gear apart.

You need to rotate the carrier assembly such that the spider gears axes are aligned so that you can pass the differential pin into it.

By doing so you would compress the wave washers as well.

The challenge in reassembling the carrier is to hold the drive axle firmly on the vice and not allow it to rotate while rotating the ring gears while removing and refitting the assembly.

Now the carrier assembly is ready to fit inside the differential.

Ensure you apply the right tightening torque to the carrier caps with bearings and the differential pin lock bolt.

Now put the differential cover back and apply tightening torque to the bolts and put back the rotors, calipers, and wheel back on the vehicle.

From the above procedure, you may think that the replacement of the clutch pack is quite a task. It is!

Especially if you don’t have all tools and techniques for the replacement.

For a trained technician, this would take 1.5 to 2 hours but for an amateur, it may take much more time.

The clutch pack part cost is in the range of $150 to $200 but since the teardown and reassembling of the carrier assembly involves a lot of effort and technique you would be charged in the range of $1000 to $1700 for labor depending upon the location of the dealership and age and condition of your vehicle.

If the F150 differential clutch pack replacement procedure seems to be too complex or if you find the cost of replacement is too steep, then you may try below alternate solutions.

Use this opportunity to replace the differential gear oil with a new one and ensure that you use the right grade of gear oil as recommended by ford and add more friction modifiers to the gear oil.

Typically, this rear end chatter noise and vibration originates due to the dry and worn-out clutch, hence adding a friction modifier would enhance the slipping of the clutch plate with friction discs and you may see that the vibration disappears over a while.

Often this does the trick, but it all depends on how severe is the clutch wear condition.

But remember, adding more friction modifiers would make more slippage between the clutch packs and this may defeat the purpose of a limited-slip differential in your vehicle that is provided to take the vehicle off the low traction surface.

It is highly recommended to drive your truck in a figure of 8 patterns to have sudden clockwise and anticlockwise rotation of the vehicle. This ensures that the clutch plate opens to compress the friction modified and oil in between the clutch packs.

This will lubricate the clutch pack to a greater extent and in many cases, the vibration, shuddering or chattering noise vanishes.

If that doesn’t help, you may also try decreasing the shim preload by 0.010″ using a shim driver and see whether the vibration or chattering noise goes off. This is the procedure recommended by the ford in one of their TSB (technical service bulletin)

The Ford F150 rear end vibration can happen due to several other parts involved in the vehicle like the wheel and its bearing, drive shaft assembly drive axle, suspension, brake rotors, and calipers.

The Ford F150 rear end vibration when turning may happen due to worn-out clutch packs in the limited-slip differential.

It is wise, to first find out the root cause of the vehicle problem before replacing parts, otherwise, you would end up wasting a lot of effort, time, and money and still, the vibration issue persists.

Since the process involved in replacing the clutch packs of your differential is time-consuming and costlier, you may try the alternates recommended before you do one.

I hope, this article will help you in fixing the problem.

Why the Car Shakes In Reverse? 7 Causes And Solutions To Fix It!

Ford F150 knocking noise when starting? 11 Causes And Solutions To Fix It!

What Is Normal Transmission Temp On Ford F150? 11 Reasons For Transmission Overheating And Solutions To Fix It!

Ford F150 Sputtering When Accelerating? 12 Causes and Solutions To Fix it!

link to Ford F150 Rear End Clunk? 7 Reasons And Solutions To Fix It!

There are many vibrations, noise, and clunk issues people notice that come at both the front and rear end of the FordF150 truck. If you carefully define the problem, it will be half solved....

Continue Reading
link to Charcoal Canister Delete? Everything you need to know!