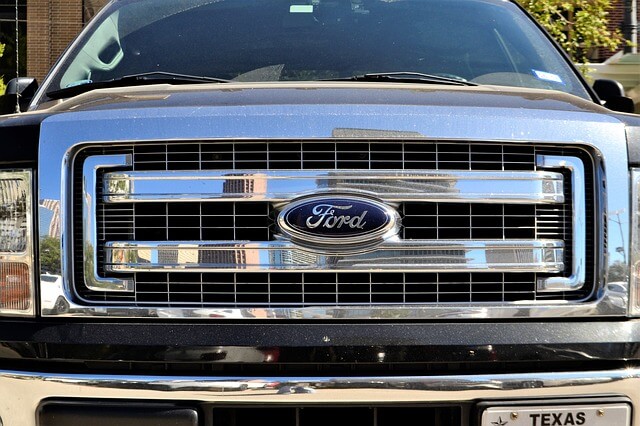 Do you feel a vinegar-like smell inside the car and experience allergies like sneezing, puffing, coughing, and skin rashes after traveling?

These issues are usually due to the filthy cabin air filter that is inefficient in filtering the air into the passenger compartment, which in turn affects the quality of the air at the vents.

But some vehicles do not have this cabin air filter at the entrance of the HVAC unit. This usually depends on the vehicle model and target vehicle buyers.

Stay tuned and keep reading to know everything related to the topic you are searching for.

What Does a Cabin Air Filter Do?

According to the filter manufacturers council, millions of Americans suffer from allergies induced by the allergens present in the air. So it is essential to have a cabin air filter.

These pollutants traverses through the HVAC unit air vents and mixes with the air which the passenger breathe.

The cabin air filter even though seems a minor component of a vehicle but plays an important role in maintaining the health of both the occupant and the HVAC unit.

The cabin air filters are typically located under the dashboard of the vehicle behind the glove box either at the inlet or outlet of the blower fan of the HVAC unit.

In some vehicles, you may be able to locate under the hood close to the firewall panel of the vehicle.

The cabin air filter is necessary to filter the incoming air to prevent the entry of all types of allergens inside the passenger cabin.

In the absence of the cabin air filter, some foreign particles may get accumulated inside the air ducts.

These matters due to the bacterial action may get decayed and start to leave a vinegar kind of smell throughout the cabin.

Hence cabin air filter is considered an essential item for your vehicle’s HVAC system and hygiene.

The Air conditioner is a device where an enormous amount of condensation takes place and the area needs to be kept in dry condition.

If the condensed water doesn’t get drained off properly then it gets accumulated and with the foreign matters present it starts to develop mold spores and starts leaving vinegar or other typical smell in the cabin.

Article you may like to read “Do all cars have cabin air filter? Everything you need to know!“

There are many generations of Ford vehicles that are plying on the road. Ford F150 has assigned different generation designations to different vehicles depending upon the year of the model.

Those vehicles which were made between the year 1997 to 2004 fall in this category. In this, the cabin air filter was given as an add-on package depending upon the customer’s requirement.

The Choice was made available then by the manufacturer while buying these models and depending upon the option executed it comes inbuilt with the HVAC system.

The cabin air filter was given as a retro-fit kit in the eleventh generation truck.

But the filter was discontinued in the year 2008. Even the retro-fit kit for the eleventh generation Ford F150 used the same cabin air filter as tenth generation one.

It also does not have the capability of retrofitting a cabin air filter as was possible in the eleventh generation machines.

This is due to the change in the design of HVAC unit and the channels beneath the windshield covered by the cowl.

The filters provided were very preliminary more like a screen that filters coarse particles like leaves instead of a particulate fibrous filter that filters very fine particles.

Even the most famous Ford Raptor introduced in the twelfth generation doesn’t have a cabin air filter.

Probably Ford might have felt the need to provide cabin air filters in all cars irrespective of the model of the vehicle at a later stage as the product and customer requirement evolves.

Providing cabin air filters was also considered as a selling point to keep the interiors clean, apart from maintaining a clean and hygienic condition inside the cabin.

Even though a pickup, in theory, is used to get driven in the dirtiest of the conditions, job sites, farms, etc., Ford didn’t provide the cabin air filter for all generations of the vehicle.

Depending upon the generation to which your vehicle belongs to you may find cabin air filter in your vehicle.

Few reasons can be attributed for not providing cabin air filter in some generation of vehicles.

A significant number of people who bought the Ford F150 were using that for fleet sales and the fleet managers do not want to have a cabin air filter as an additional maintenance item.

Why fleet owners would like to spend few bucks more for maintenance of the vehicle?

It also may be the case that the air conditioning system was tough enough to withstand the dust and dirt particles that are getting accumulated over it. Hence it won’t affect the performance of HVAC unit.

Apart from that, the Ford might have felt that since most of the customer base is from village area where the quality of air is much cleaner than the crowded city conditions,.

It also may be the case that 90% of Ford F150 owners could care less if their truck has a cabin air filter or not.

So, if your Ford F150 vehicle model do not have cabin air filter, then do not get stressed! Be relax!

Do All Cars Have Cabin Air Filters? Everything You Need To Know!

link to Charcoal Canister Delete? Everything you need to know!

Continue Reading
link to What Are The S10 Fuel Pump Wire Colors? Everything You Need To Know!

Often you may come across the issue of the vehicle not starting or it stops suddenly when driving. These issues are typically connected to a problem with the fuel system components, especially the...